This month, we hosted our inaugural Juni Instructor Coding Open Challenge! The theme was for Juni instructors to build a project to share with one of their students. Some instructors programmed projects related to their students’ interests, like chess and Dragon Ball Z. Others built projects as inspiration for what their students could accomplish, or to help reinforce an important concept.

Projects were judged on creativity, code complexity, and relevance. As always, we were extremely impressed by the dedication of our instructors to their students. Here are the top projects from the Juni Instructor Coding Open Challenge — we encourage you to try out each one! 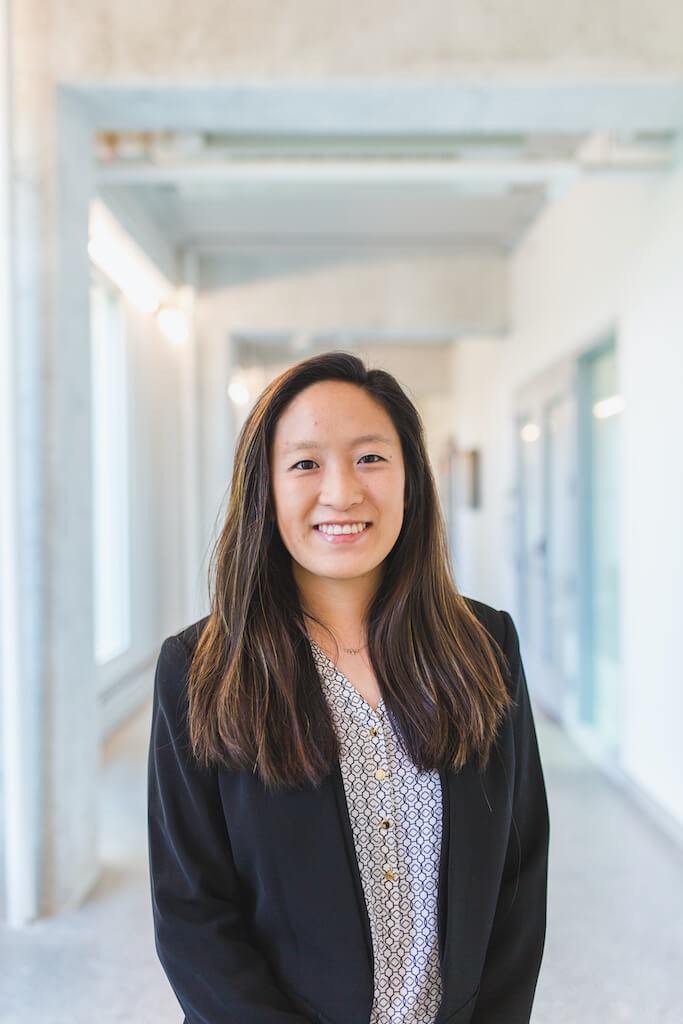 “A few of my students were really interested in building a platformer project in Scratch. While helping them create their projects, I found that not only did my students have a ton of fun coding this type of game, they also learned a lot about different applications of programming concepts like gravity and acceleration!

Around the same time, a few of my Python with Turtle students had reached their Master Projects and were having a challenging time brainstorming game ideas or figuring out where to start with their code. With one of my students just entering Python Level 1, I wanted to inspire them to think big and outside the box with their own projects!

So, I created an interactive tutorial that takes a student step-by-step through building their own platformer game in Python with Turtle. My hope is that this tutorial teaches by example how to think logically about the code at every step of programming games like a platformer!”

Check out Joy T.’s Python with Turtle Platformer Tutorial yourself! 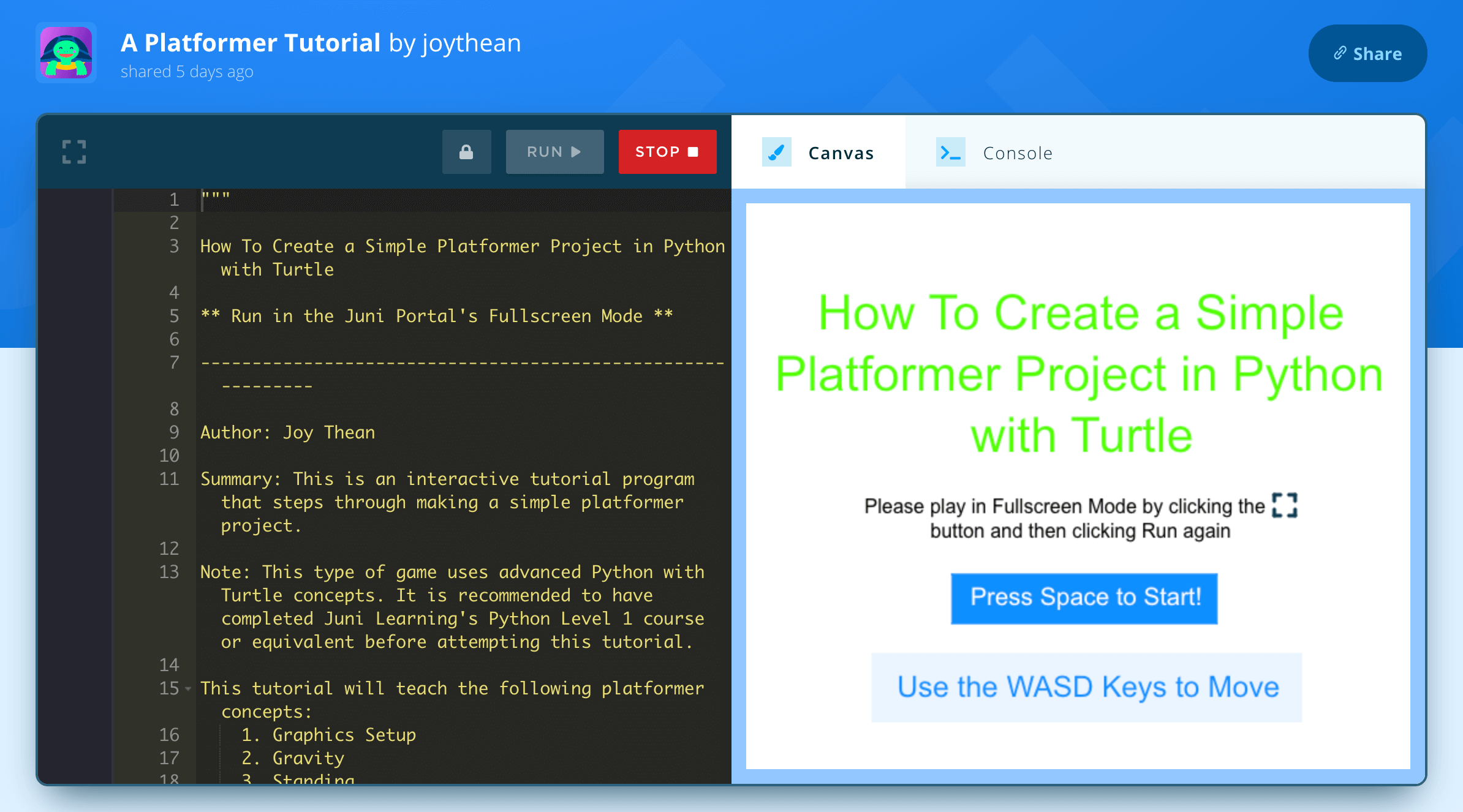 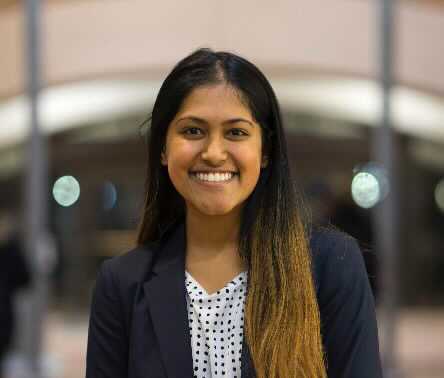 "Ever since the first day of class, my students Brian and Allison have expressed how passionate they are about turtles, specifically one we’ve nicknamed Turtle Smol. To honor this, I coded a replica of Turtle Smol using Python Turtle and even included its name at the bottom left hand corner to resemble the Zoom screen my students and I communicate on.

I then wanted to customize the program to my student’s interests so if the user presses the 'B' key (for Brian) the 'Zoom' background will change to blue and the letter B will appear followed by a uniquely-created pawn chess piece as Brian is a competitive chess player and glasses to complete his iconic look. Likewise, when the user presses the 'A' key (for Allison) the 'Zoom' background will change to purple and the letter A will appear followed by ice cream and a music note since Allsion has spoken to me about how she can read sheet music!

To add a game element to the program, I hid the words 'elif', 'penup()' and 'import' in Turtle Smol since both students have made the mistake of forgetting these keywords in their programs many times and have had to ask for help debugging. Hiding them alludes to the fact that in the future they will have to spend time looking for the mistake in their code too. If they find the words, their score increases and a message will be outputted showing which word they found.

Brian and Allison have been my students for the past six months and I wish them nothing but success in their coding journeys. :)"

Check out Ashley D.’s Python with Turtle Project Smol yourself! 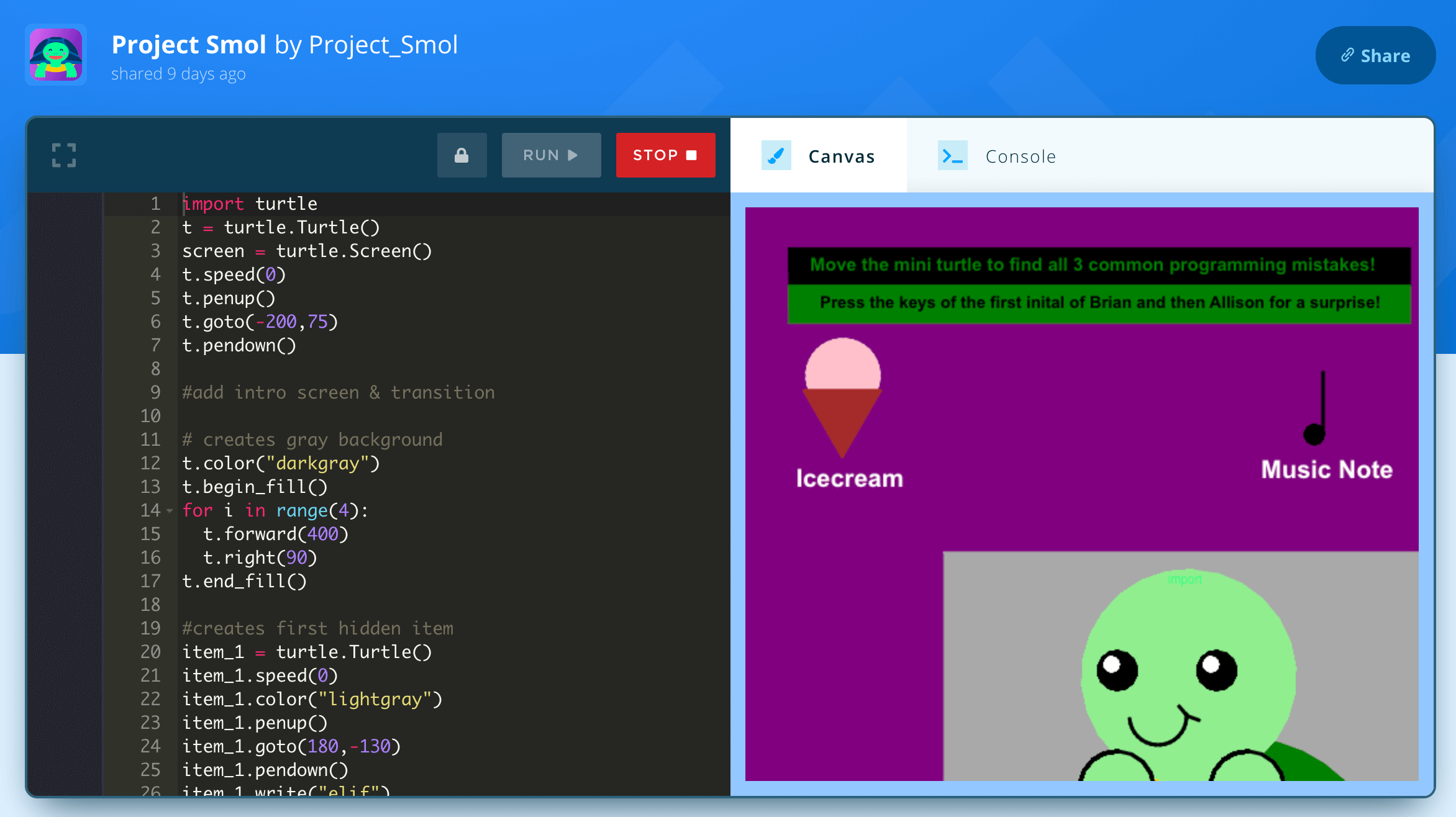 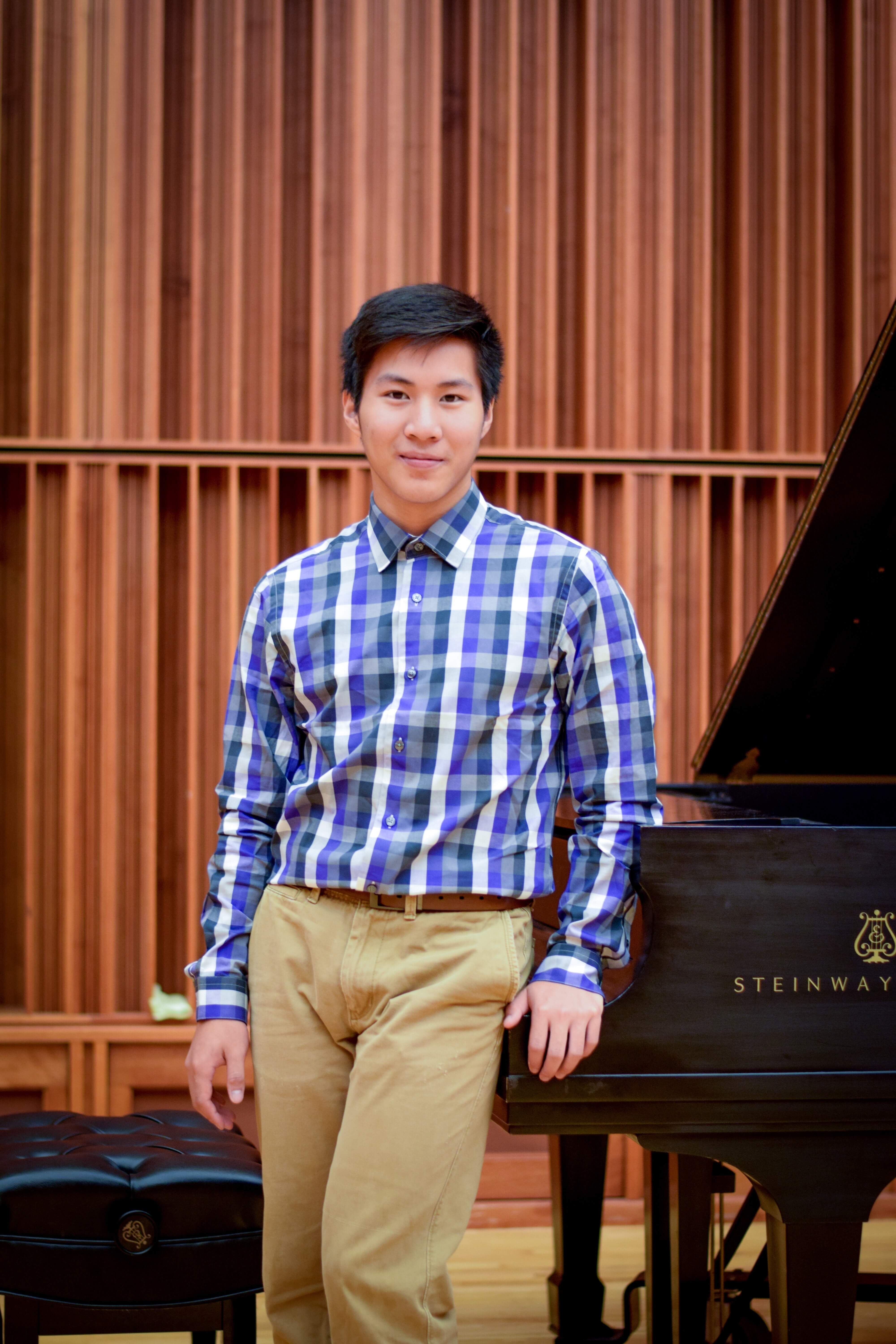 I created this project as a proof of concept for one of my students who had large ambitions for his Python Level 1 master project. He described the concept of this game to me and I could tell that it would be really beyond the scope of this course for him to attempt.

However, I didn't want to disappoint him and I thought it was a fun game concept so I attempted to make it along with a few customization ideas of my own. Enjoy Dungeon Escape!" 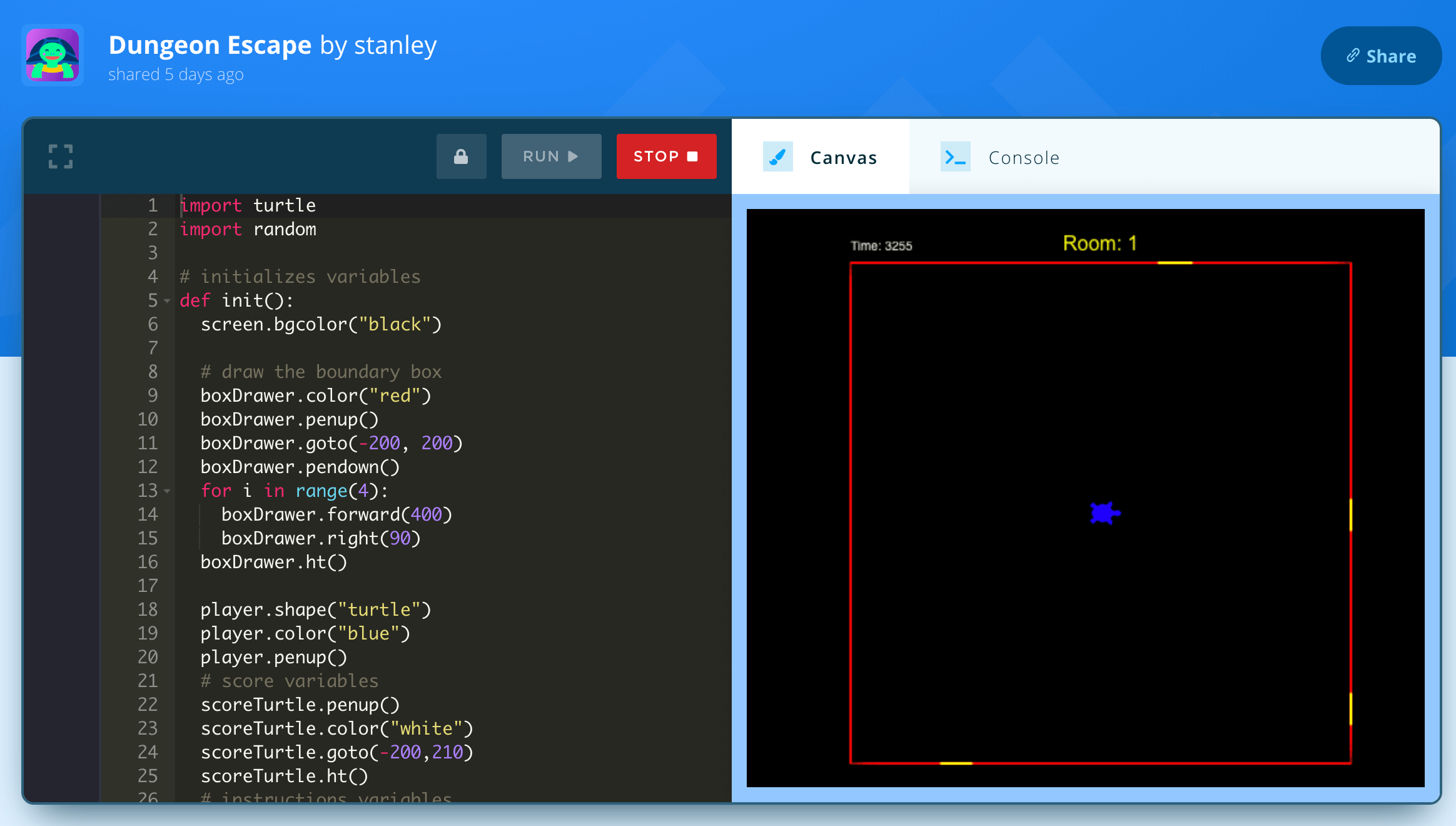 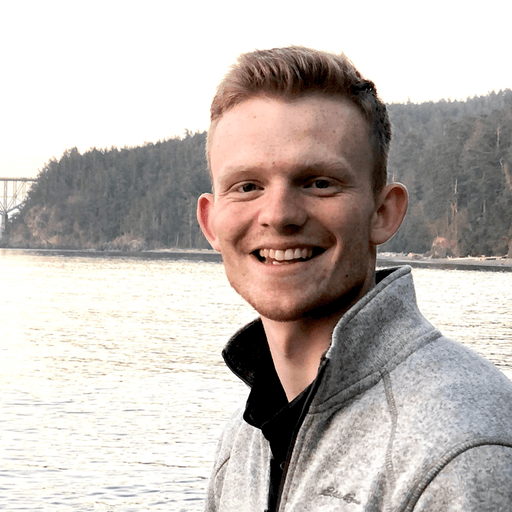 "This project is a simple and elegant example of collision checking for lines drawn by a turtle. I've had many students ask if this is possible when we work on the 'Turtle Collision' project in Python Level 1.

I wanted to not only prove that it was possible, but inspire them to develop their own games! I love showing off this project in Team Sessions for show and tell, and to individual students that are feeling discouraged in Python Level 1! Games were the reason I became interested in coding, and I want to share the excitement they bring with my students!

(P.S. This game works best with two players, and when played in full screen! Use the arrow keys and WASD keys to control the players! Don't hit your trail, the player's trail, or the boundary box!)" 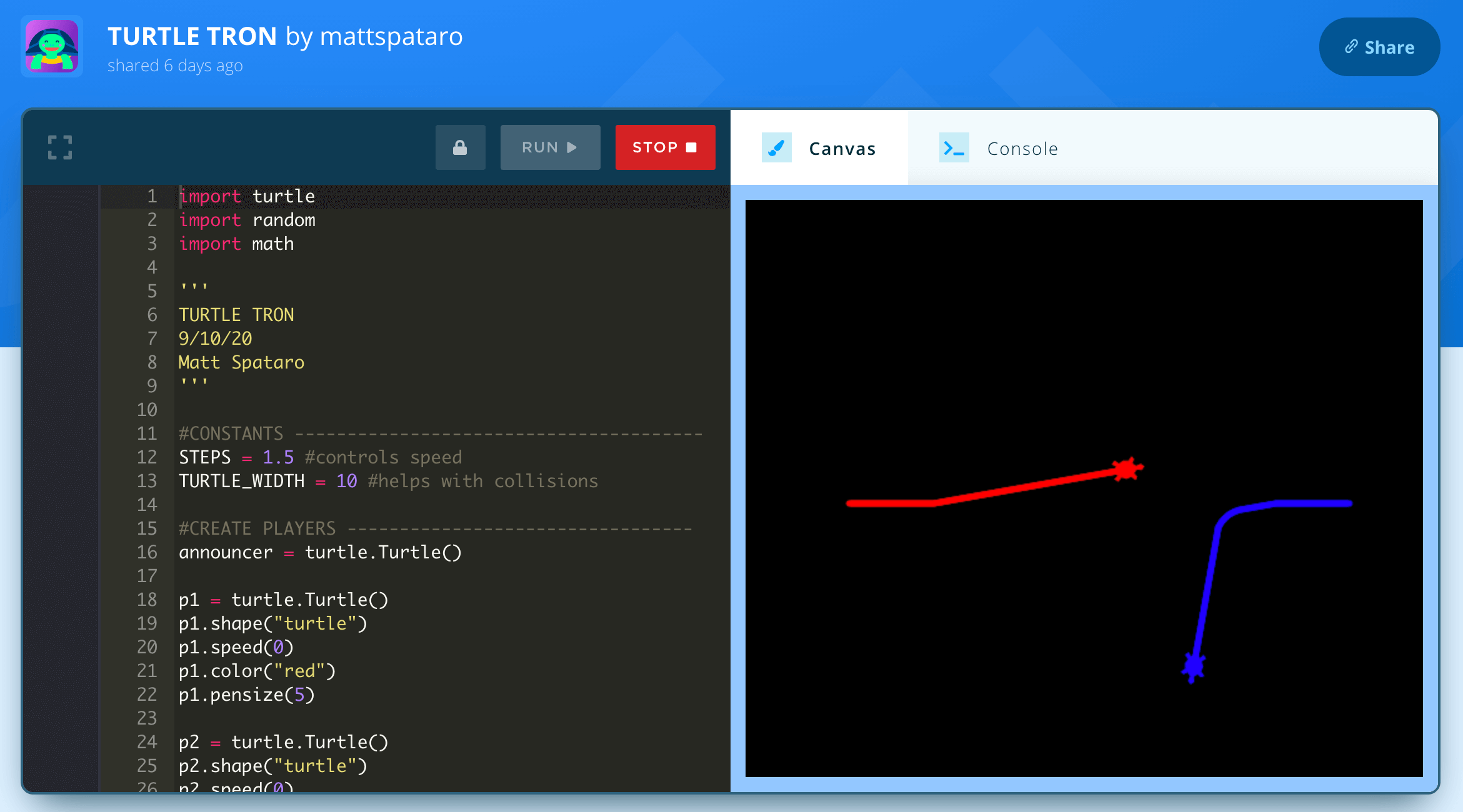 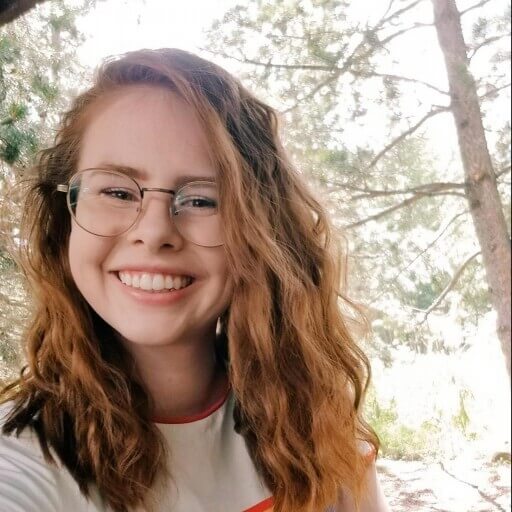 "I created this project for my student, Jackson, after he was struggling to recognize patterns while constructing loops. Instead of requiring directions like Into the Maze which is more advanced, Color with Loops uses a simple circle of color as the pattern.

The levels progress to more difficult loops, including some levels which need blocks inside and outside of loops. The student can also practice nested loops in the two most advanced levels. After this project, Jackson was able to recognize patterns needed for loops significantly better." 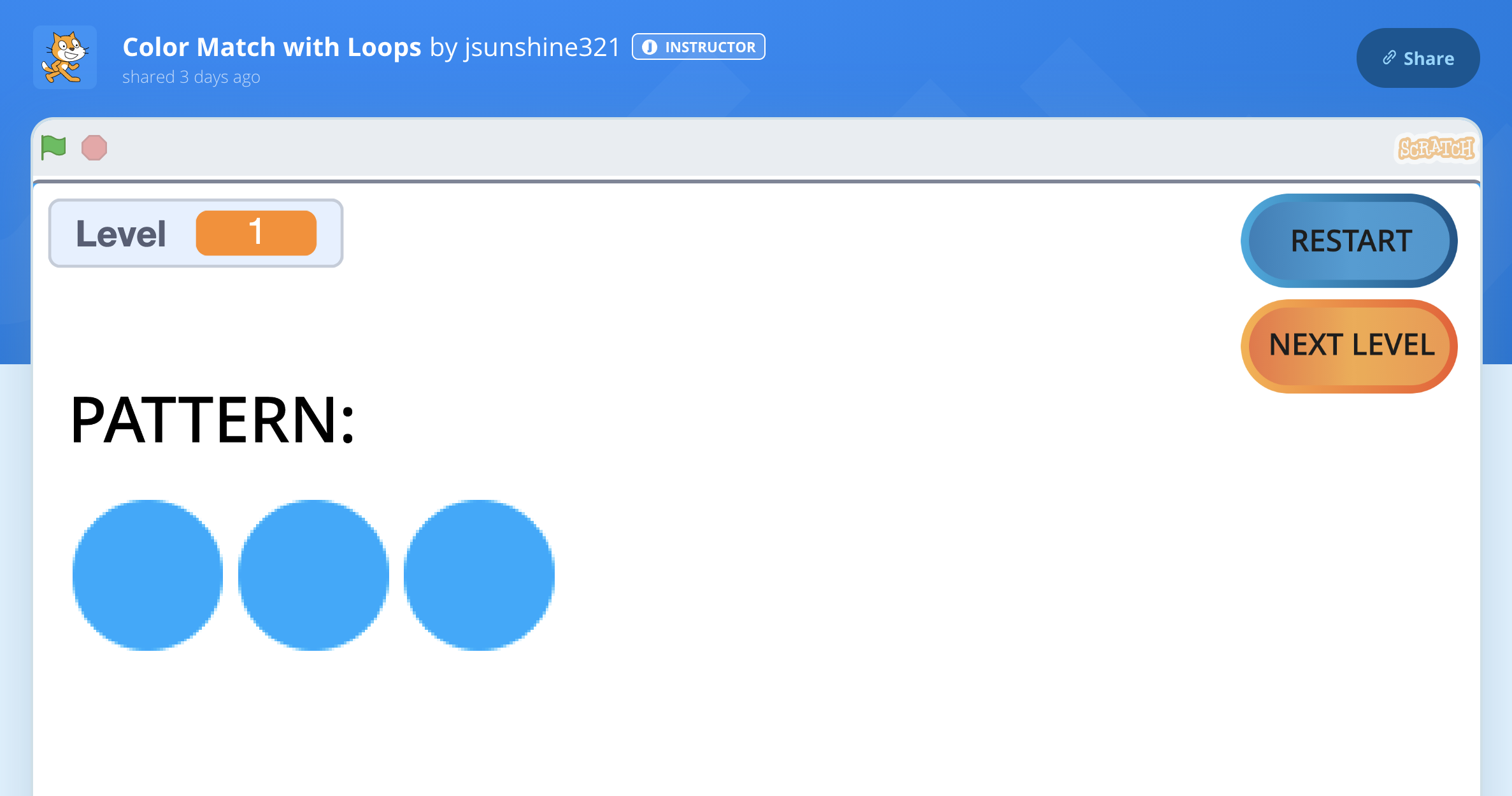 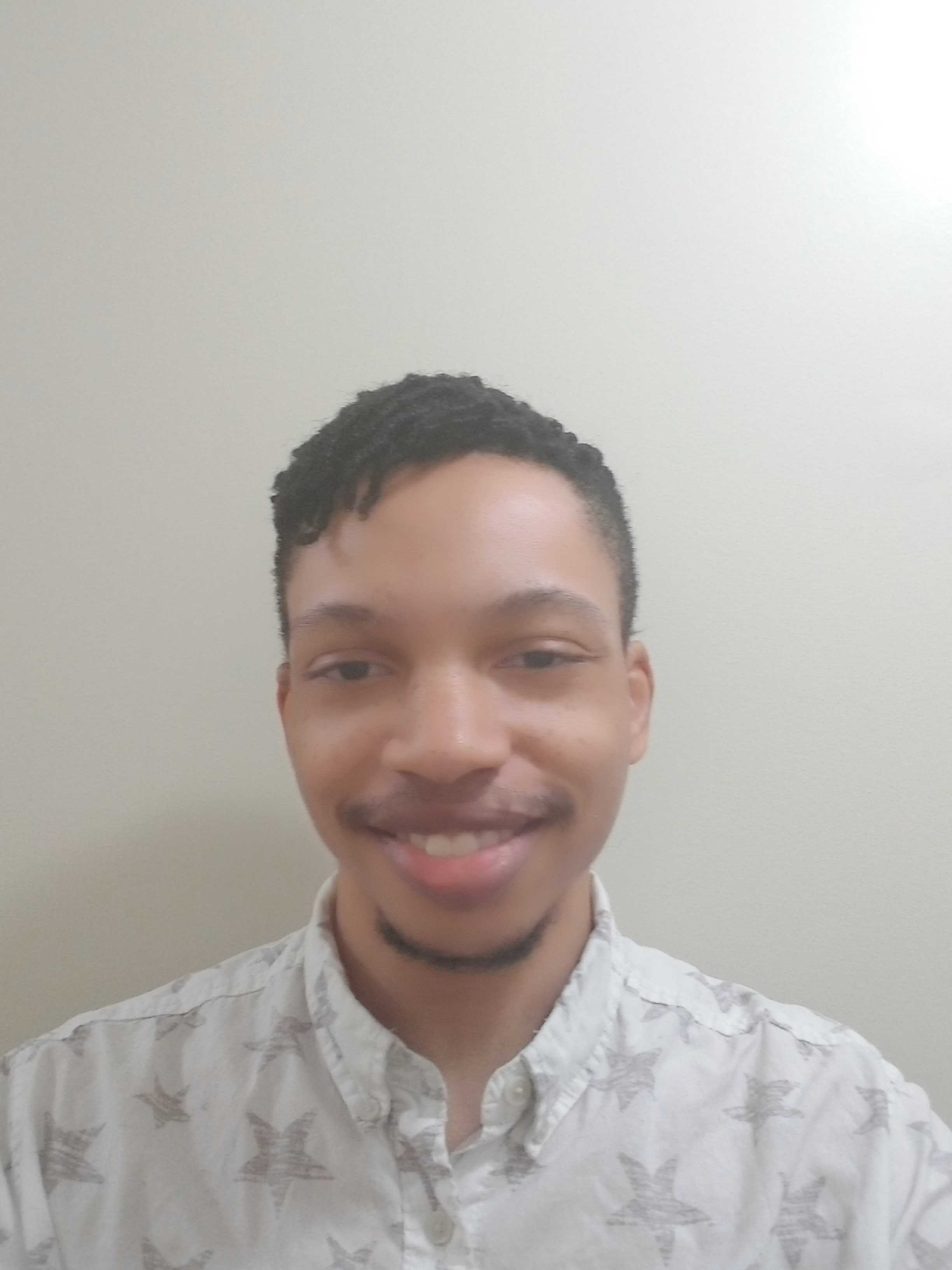 "I have a student, Marcus, who really loves anime. He coded a fighting game inspired by Dragon Ball Z for his Python Level 1 master project. I wanted to code something to show where such a project can go with a lot of effort!

He's just starting the PyGame course which teaches object-oriented programming so this project can serve as an example of that concept too!" 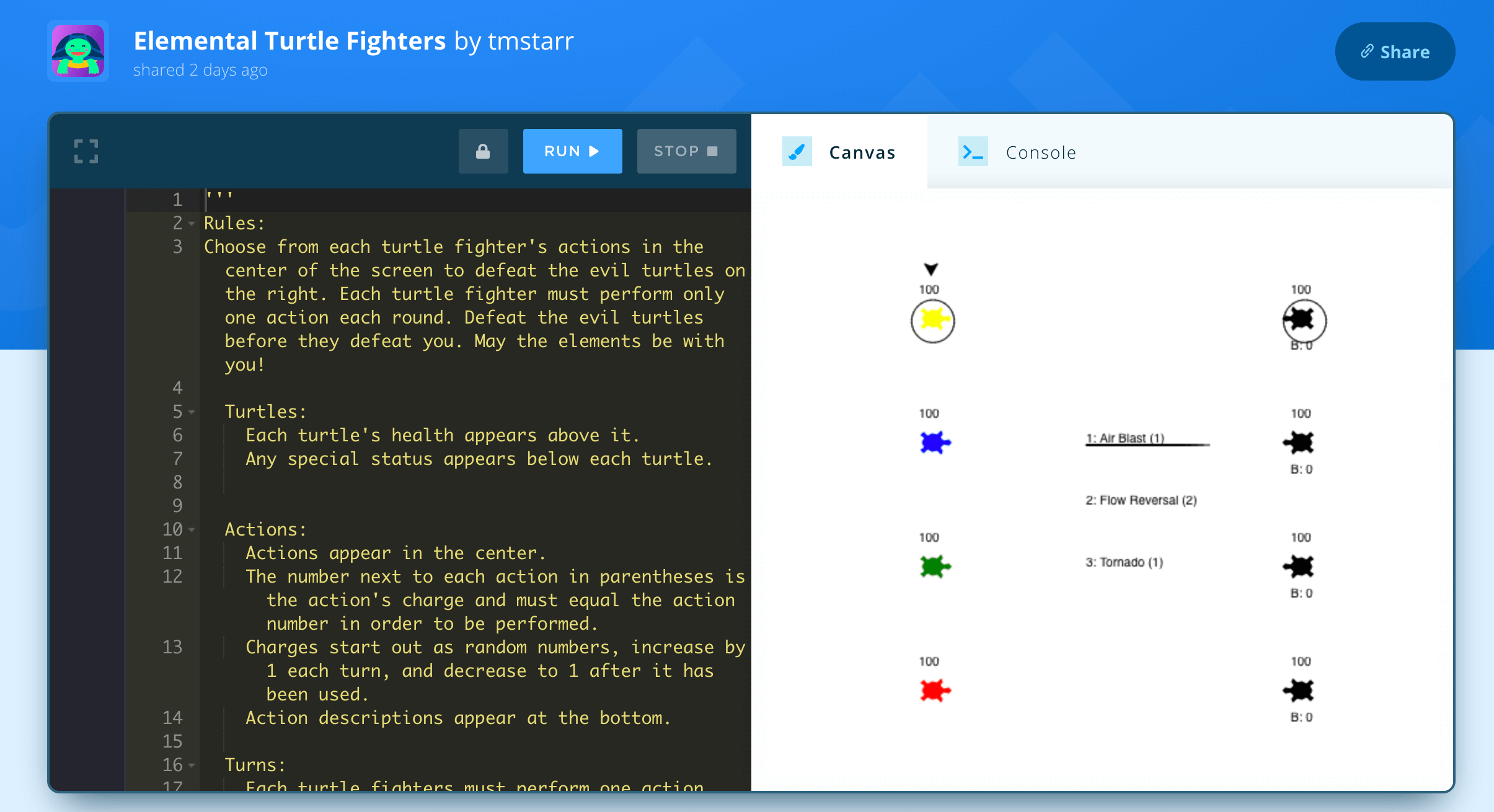 Thanks to all the instructors who participated!

Want to learn from expert Juni instructors like the ones above? Check out our coding courses for kids or speak with a Juni Advisor by calling (650) 263-4306 or emailing advisors@learnwithjuni.com to jump-start your student’s learning today!

5 Reasons Why Having Multiple Mentors Prepares Kids for the Future

How to Make a Pet Simulator | Intermediate Python Tutorial

Learn how to code a pet simulator game in Python with this video tutorial. Practice basic Python concepts like functions, loops, and more now.