Once again, to recognize their hard work and creativity, we are excited to present our Project of the Month winners. We've enlisted our instructors, each hand-picked from top 50 U.S. colleges like Stanford, Harvard, UC Berkeley, and MIT, to nominate their students and recognize their stellar programming projects.

For the months of February and March 2020, we proudly award Juni Project of the Month to Wilson T., Richard L., Taaha K., Peter J., and Hari Y. for excellence in their respective projects! With all the amazing submissions from the thousands of students at Juni, it was truly a challenge to select the winners—which is why we are running this contest on a monthly basis! 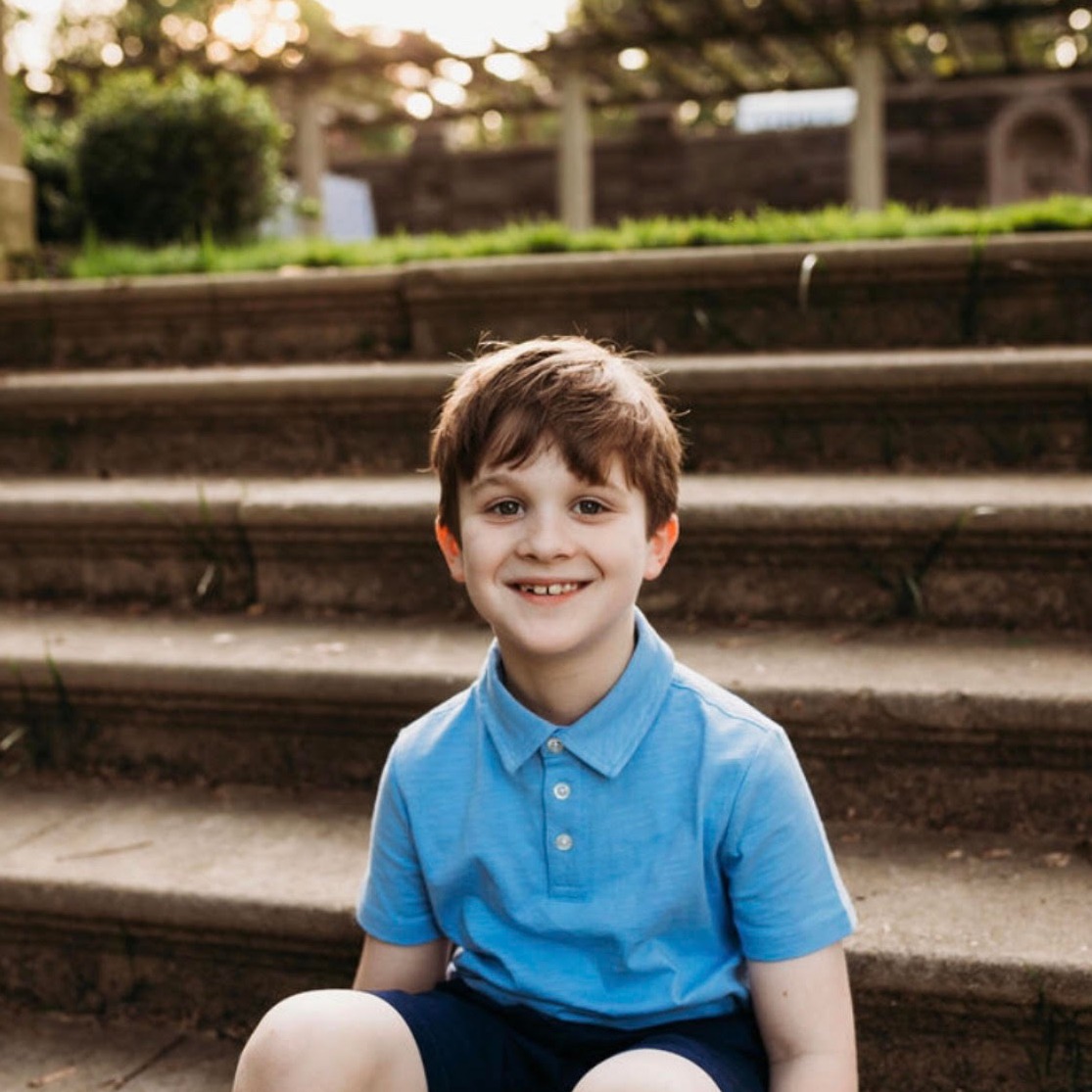 “Wilson really deserves Project of the Month because he worked so diligently on this project, and was never discouraged by tricky bugs or implementing complex features. Wilson was also not shy about using the time module or learning register_shape to create the classic Pac-Man shape, and to delay the start of the game.

He came up with clever ways to figure out how to only score points when colliding with a ghost when it became white/blue, and ending the game otherwise when the ghosts are normally-colored -- like the original Pac-Man game! I'm really proud of Wilson for being able to apply so much of what we've learned in this course to his Master Project, and for creating such a wonderful remake of Pac-Man.”
- Janet L., Juni Instructor, Carnegie Melon University 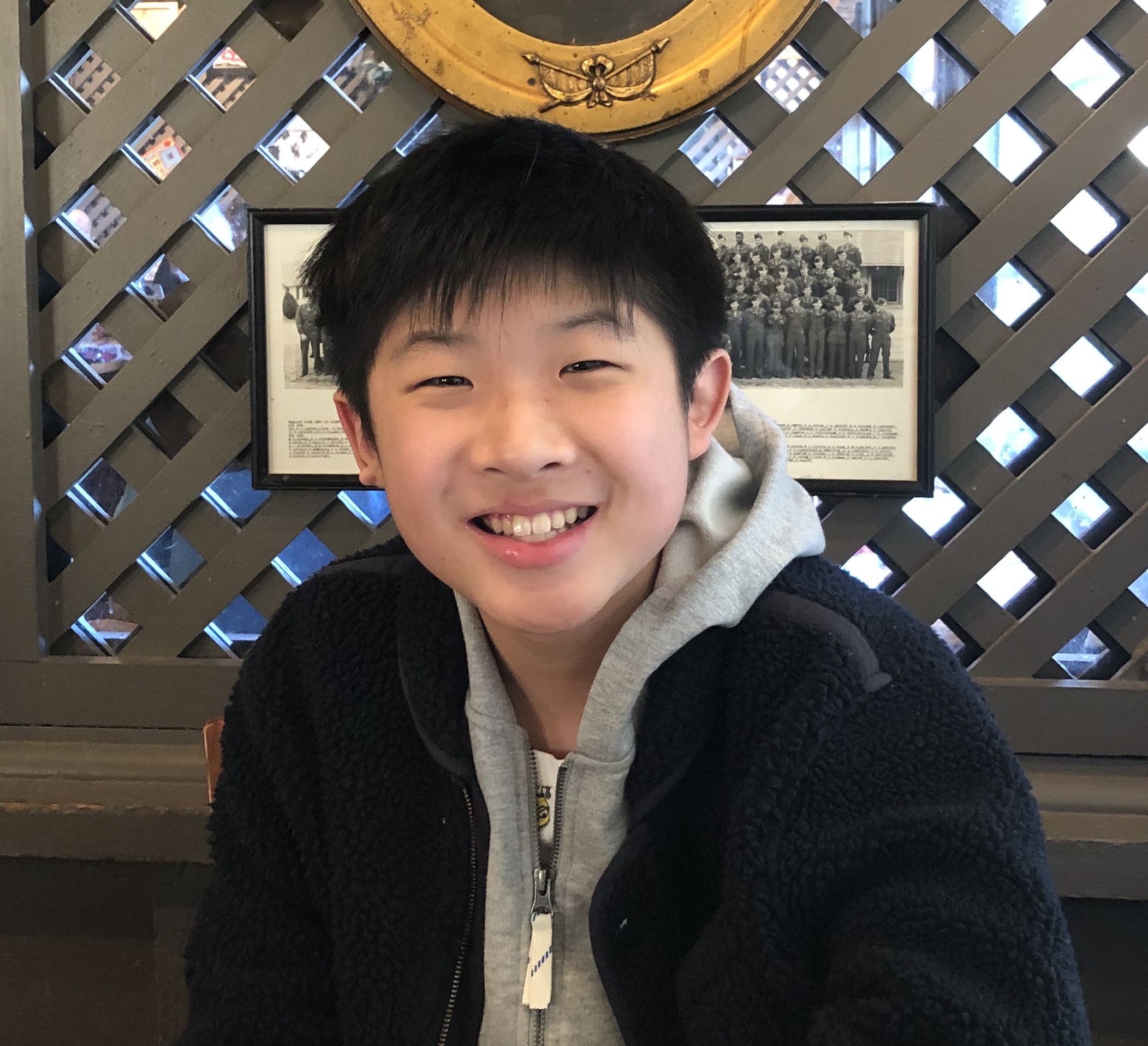 “Richard has been flying through Python 1, but his Master Project was his crown jewel. We worked 3 class periods on it, implementing every aspect of the course. He came up with whole new ways to combine the different subjects, interlaying them in a way that created a really sweet game. Go ahead. Play it. It's dope. The kid basically did that himself. All I did was give a few hints here and there. Genius.”
- JT T., Juni Instructor, Brigham Young University 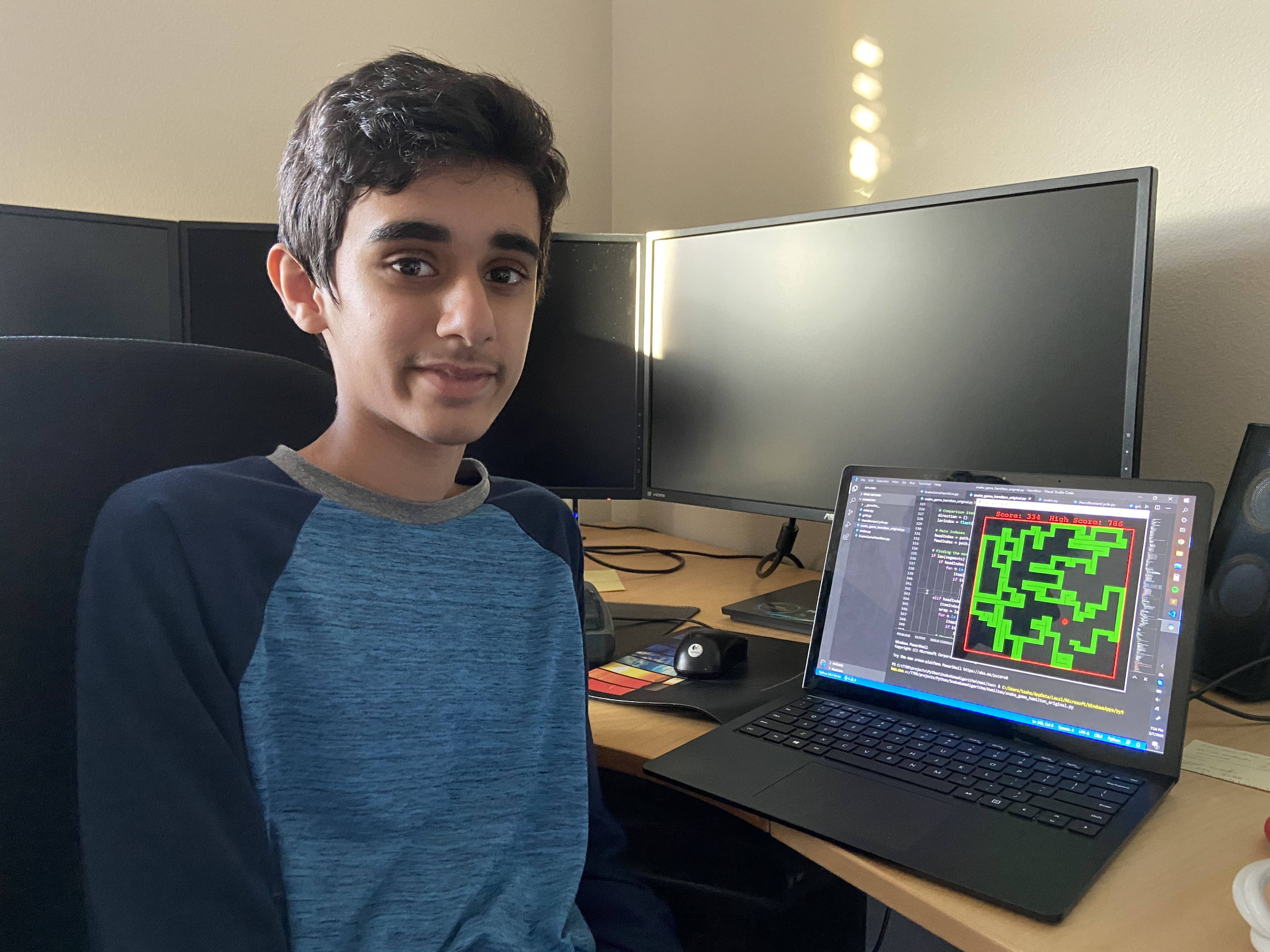 “Taaha is an exceptional student, who shows a true passion for computer science. He is inquisitive during lessons, and continues researching the subject during his free time. After some classes, Taaha will show me a project he has been working on, which not only utilize techniques we have seen in class, but more advanced topics he has researched on his own.

He has worked on this particular project for quite some time, and made many continued improvements over several weeks. At first, Taaha simply built a game of Snake, but built onto this by creating an AI to play the game independently. He worked on some different ideas to make the AI get the highest score possible, and eventually found that the use of a Hamiltonian path was very successful.

After implementing this, Taaha's AI was able to completely fill the screen every time. All in all, I think this project greatly demonstrates Taaha's curiosity, perseverance, and enjoyment of computer science!”
- Jack C., Juni Instructor, Boston College 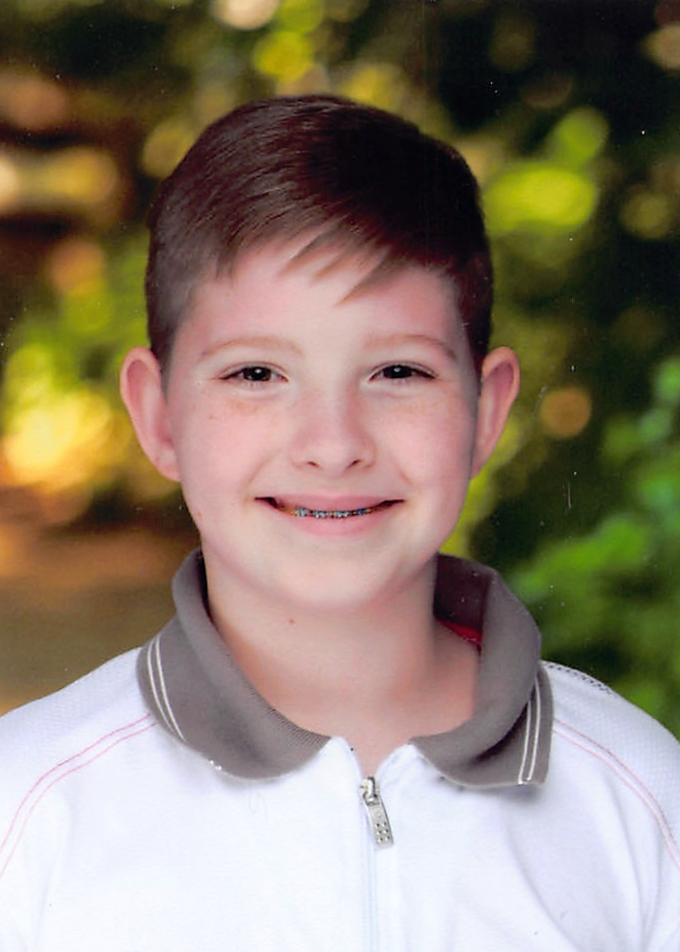 “Peter spent almost a whole month working on this project. He had the original vision and we talked about how we could successfully make it a reality. Peter has always excelled in class and this gave him a chance to soar.”
- Matt S., Juni Instructor, Brigham Young University 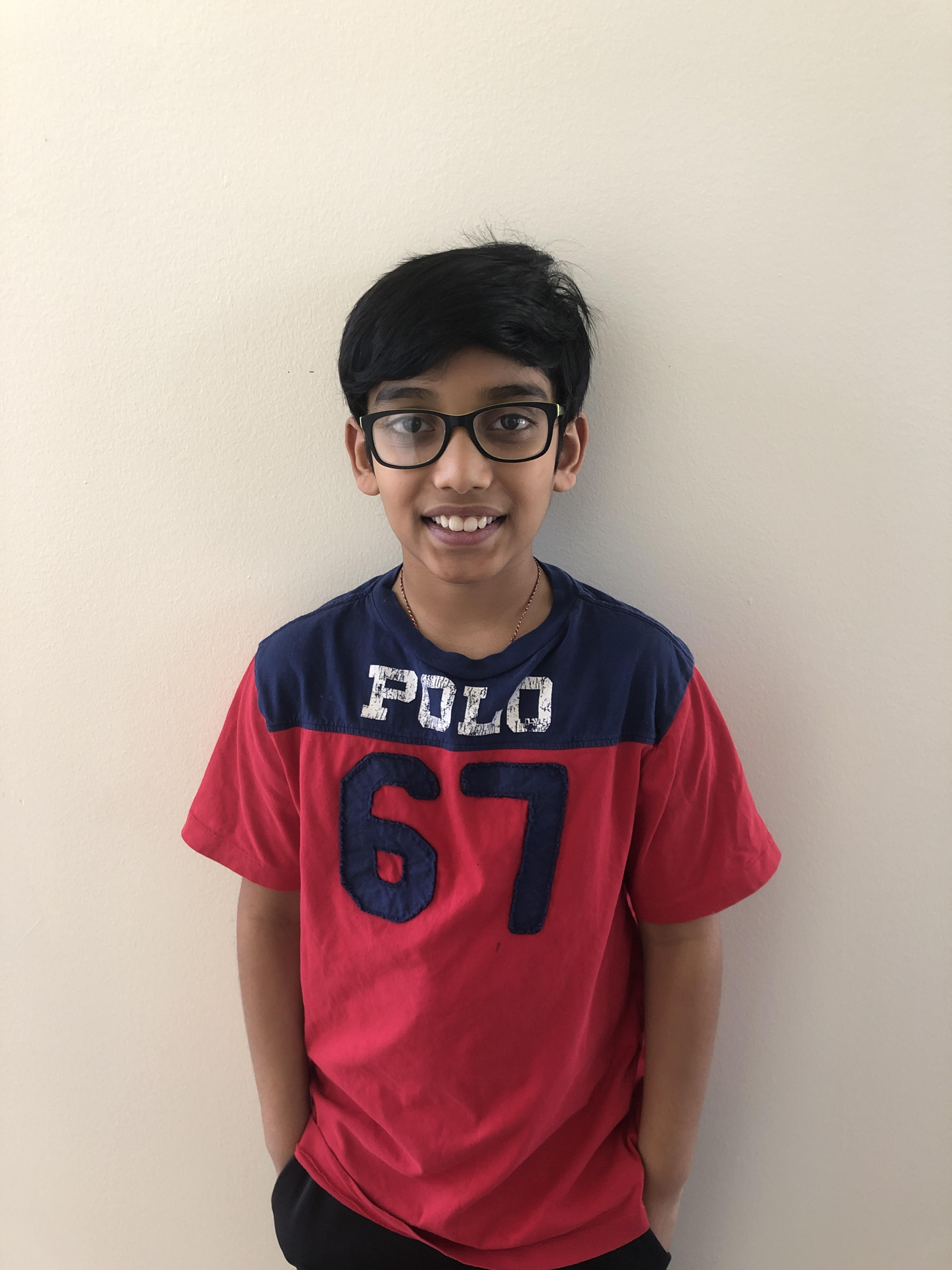 "When we started Fish Food, I told Hari we were finally getting to big projects, and he got pretty excited. Instead of using the basic two fish in the solution, he picked different fish for all the food and a shark for the player. Even better, he researched different sharks and the levels you reach are named after sharks increasing in size! The biggest shark he decided would be called Megalodon after the prehistoric massive aquatic beast. He had a lot of fun doing the project and is very proud of his work."
- Kai H., Juni Instructor, Brigham Young University

Congratulations again to our outstanding winners! Be sure to look out for our April and May 2020 winners coming soon.

Visit our website to learn more about coding for kids or speak with an advisor today by calling (650) 263-4306 or email advisors@learnwithjuni.com.

Meet Our June 2021 Project of the Month Winners | Python & Scratch