Who was the first president to be photographed? To have electricity? To be on TV? Juni is celebrating President’s Day with some presidential history related to our favorite subject: technology!

On April 30th, 1789, George Washington became the first president of the United States. Since that historic day nearly 231 years ago, our country’s commander-in-chiefs have witnessed an astounding amount of advancement and change, particularly in technology. In fact, many American presidents were some of the first to see the new technologies of their day in action.

In honor of President’s Day, we’ve put together a list of some of the presidents’ technological firsts. Take a look below!

Who was the First President to be Photographed?

The first photograph of a U.S. president is of William Henry Harrison, but only a copy of the photo remains today. The oldest surviving photograph of a president features John Quincy Adams, who was snapped 14 years after his term in 1843.

The sixth president's photo - a daguerreotype portrait - was taken in Washington D.C. post-term during his time as a Massachusetts congressman. The photo and one other, taken of Adams months later in New York, are both recognized as pivotal moments in the history of photography.

James K. Polk also became a technological pioneer when he took the first photo of a President and his cabinet ― an important picture that also became the first time the White House interior was snapshotted. More recently in historical photos, Barack Obama broke tradition when he had his official presidential portrait taken by a digital camera. Later in 2014, he became the first to have a 3-D picture taken!

Who was the First President to be on TV?

Though Franklin D. Roosevelt made the first presidential appearance on black and white TV in 1939, for the World’s Fair, Harry S. Truman was the first to give a presidential speech on TV in 1947, during which he encouraged Americans to aid European famine.

While FDR's first U.S. President telecast in New York City was an introduction to the new medium, the growth of television was suddenly halted with the start of World War II. President Harry Truman's 1947 televised presidential address after WWII reintroduced the use of TV sets and televised broadcasting. Truman was also the first president to have his inauguration broadcasted on television in 1949.

The first president to appear on color television was Dwight D. Eisenhower in 1955, when he made a TV appearance for his 40th class reunion at the U.S. military academy. Later, John F. Kennedy would be named the "first television president" for pioneering live TV coverage of political events, such as his presidential debate against Republican presidential candidate Richard Nixon.

Who was the First President to Have Electricity in the White House?

Benjamin Harrison was president in 1891, when electricity was first installed in the White House. Because electricity had only been invented several years earlier, most people were still too scared of its apparent dangers to use electric lighting.

As some of the only Americans to use electricity at the time, President Harrison and his wife refused to handle the light switches themselves for fear of electric shock.

Who was the First President to Use the Radio?

Warren G. Harding was the first president to install radio in the White House and broadcast his voice nationally, in 1922. However, the following president, Calvin Coolidge, was the first to regularize addresses over radio.

While not the first to use radio, Franklin D. Roosevelt is also well-known for his famous “fireside chats,” during which he used the radio to speak directly and without filter to the American people on a variety of subjects. To hold these chats regularly, he permanently moved broadcasting equipment into the White House.

Who was the First President to Fly in an Airplane?

In January 1943, Franklin D. Roosevelt became the first president to fly in an airplane on official business. The plane, a Boeing 314 Flying Boat, also known as the "Dixie Clipper," helped a 60-year-old Roosevelt secretly and hurriedly fly to the Casablanca Conference in Morocco, where he discussed WWII strategy with Winston Churchill. Years before in 1910, however, Theodore Roosevelt is said to have enjoyed a brief joy ride on unofficial business after a Missouri pilot offered to take the former president on his first trip to the skies.

Starting from FDR's time, the U.S. Air Force has been running the Air Force One – an aircraft fleet of Boeing 747s reserved for presidential use around the world. Air Force One is also the radio call sign that any Air Force plane adopts when transporting a president. Today there are two designated Air Force One aircrafts, and both have been in service through George H.W. Bush, George W. Bush, Clinton, and Obama administrations.

FDR was also known for flying to the Yalta Conference in a presidential aircraft nicknamed the "Sacred Cow," as it included a conference room and even an elevator. Truman later used "The Independence," a plane named after his hometown, and President Eisenhower ushered in the new jet age of the Air Force One with a Boeing 707 called "Queenie". Many retired presidential planes, including Eisenhower's, are now displayed at Air Force bases or museums around the country.

Who was the First President to Ride in a Car?

Also the first president to own a car, President Theodore Roosevelt enjoyed using state-wide, public car tours as a powerful way to connect with and be seen by the nation’s people. He realized this during his 1902 car parade tour through Connecticut, when he was able to greet supporters and local workers. The New York Times reported that crowds cheered on Teddy Roosevelt at each leg of his journey.

Presidential limousines and convertibles were popular for car parades, as their open roofs allowed presidents to stand up to greet crowds. But after several assassination attempts, presidential cars were modified to be heavily armored, covered, and bullet-proofed. Other vehicles were specially built for the Secret Service, to ensure the president was visible but protected.

Other notable presidential vehicles include President Taft's Baker Electric car from 1909, one of the most well-known early electric vehicles, and President Obama's 2009 Cadillac, named "The Beast."

Who was the First President to Ride on a Train?

Established in 1804 in England, train technology made its way over to the U.S. in 1830. In 1833, Andrew Jackson became the first president to ride a train when he took a passenger coach from Baltimore to Frederick, Maryland.

Abraham Lincoln is also known for initiating the transcontinental railroad, using trains to garner policy support and reach Americans more directly. A presidential railcar was specially built for him, but unfortunately he was only able to board it after his assassination, when it was used as a funeral train. While presidential trains are no longer used as a primary form of transport, special presidential train cars, like the Georgia 300, have been used for publicity events by POTUS like George H.W. Bush, Bill Clinton, and Barack Obama.

Who was the First President to Have his Voice Recorded?

During his first year in presidency in 1889, Benjamin Harrison used a phonograph wax cylinder to record his speech regarding the first Pan-American Congress. The speech is now the oldest surviving recording of a president’s voice. While Rutherford B. Hayes did record a speech several years prior, it was sadly lost.

Who was the First President to Use a Telegraph?

The 1844, invention of the telegraph baffled both the American people and government up until Abraham Lincoln’s presidency in the 1860s. During his term, Lincoln used the telegraph frequently to communicate with generals during the Civil War.

In 1866, Lincoln’s successor, Andrew Johnson installed the first telegraph room in the White House so that he could efficiently relay urgent messages.

Who was the First President to Have a Phone?

In May 1877, Rutherford B. Hayes was the first president to install a telephone in the White House’s telegraph room. For his first call, he called the inventor of the phone, Alexander Graham Bell, who was located 13 miles away.

President Herbert Hoover installed the first telephone in the Oval Office in 1929, to enable the power of communications right at the president’s desk.

We hope you enjoyed these presidential facts with us!

While these technologies shape the world we live in today, it’s paramount to remember that every invention started as just a small idea or single line of code.

At Juni Learning, we help your students turn their creative ideas into reality by putting down their first line of code. We offer award-winning, private, online computer science and math programs with carefully selected instructors who will cater their teaching style just for your child and their goals. Check out our wide catalog of courses for aspiring inventors, ages 8-18, to start learning today. 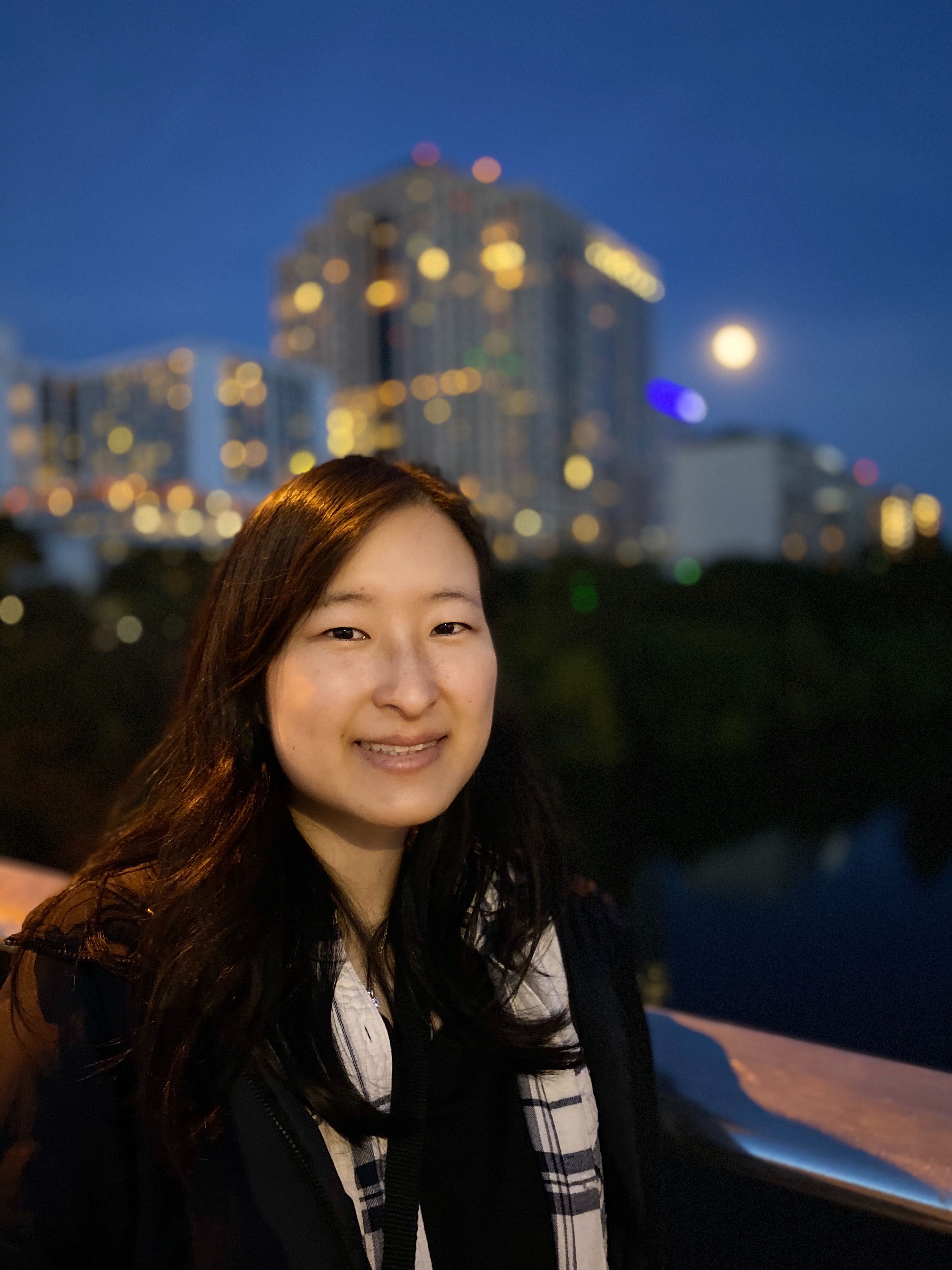 Kelsey Chong is a polyglot and world-traveler, with experience in writing, education, and marketing. Having majored in East Asian Languages, she graduated from UC Berkeley, and enjoys studying Python in her free time. Kelsey also likes cooking, playing tennis, and drawing nature.