"That's just for boys!" is a common remark heard among young girls. In fact, my younger sister recently made that comment to me when I asked her if she played a certain videogame. While the context might be innocent or inane, it's alarming how many things are deemed to be "for boys" when, in reality, this couldn't be farther from the truth.

Science- and technology-related fields of study and employment are often treated this way, even though women have historically been at the forefront of groundbreaking scientific and technological advancements. From Ada Lovelace to Katherine Johnson, knowledge of prominent female figures in STEM careers are difficult to come by, although recently more and more stores about these women have surfaced in mainstream media. It is easy to see how young girls internalize the "boys only" misconception when so many of the facts circulated in science and technology appear to be dominated by men.

Ada Lovelace was a talented mathematician born in 1815. Ada took to mathematics at an early age, and was able to study math at the collegiate level. While translating an article about an invention created by her mentor, Ada was able to share some of her own ideas about the machine, along with notes on how computer code could be written to give the device repeatable instructions. Because of this, she is considered by many to be the world's first computer programmer.

The story of Katherine Johnson was recently featured in the Oscar-nominated film Hidden Figures. Katherine was an incredibly gifted woman. At the age of 10, she was a freshman in high school. She started working at the National Advisory Committee for Aeronautics, later known as NASA, in 1952. Her job title? Computer. Young women were hired at the time to perform calculations, even when NASA began to use actual computers for these tasks. Katherine's mathematical skills were so virtuosic that her job was to double-check the work of the machines! In 2015, Johnson received the Presidential Medal of Freedom.

Female influences in computer science are not relegated only to historical contributions. Over the past few years Samaira Mehta has been featured in the news and invited to speak at conferences for her work as a programmer — a title she earned at 6 years old! Her work has helped children all across the country learn to code.

Getting girls into computer science

While there is still a considerable amount of progress to be made, there are signs that more girls are getting exposed to computer science earlier on in their K-12 education. In 2018, there was a 39% increase in the number of female students who took the Advanced Placement (AP) Computer Science exam. Taken by high school students, passing scores on AP exams can translate to credit at many American colleges.

Still, in 2015, only 18% graduates with a computer science degree were female. Why is this?

How Juni can help

It's hard to aspire toward what you've never glimpsed. Seeing women in STEM roles is key to discouraging the "that's for boys" mentality that has girls self-selecting out of fields they could succeed in. Mentorship is a great way to encourage young girls to experiment with technology.

At Juni, our classes connect a student with a private instructor to develop their computer science education. They use our structured curriculum to practice coding fundamentals and problem solving in various programming languages, while building projects that are exciting for kids. We've written in detail about what a private online coding class entails previously. Almost 100% of our female students are able to develop their skills with a female instructor. Students get personalized attention from an instructor who is currently studying computer science at a top university or working in the tech industry. How does this combat the issues we listed above?

At Juni, we've already heard from many of our female students and their parents how they've seen these aspects of our classes improve their confidence in computer programming and technical topics. And as an instructor myself, I've seen this happen firsthand. Let's build up more girls who code and change the notion that computer programming is "just for boys!"

Get started with our Admissions Team today to learn how we can empower your child's learning. 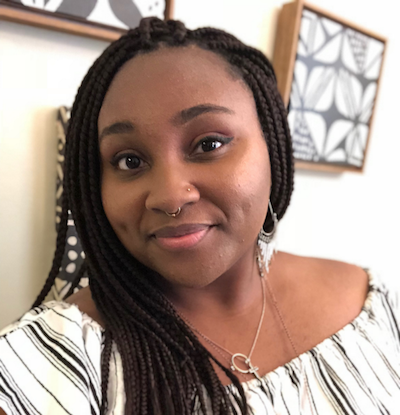 Bianca Dennis is an instructor at Juni Learning and holds a B.A. in South Asian and African Studies from Columbia University. She has previously been a Teaching Assistant at the New York Code + Design Academy, and she is currently Front-End Software Engineer at SCOIR in Philadelphia, PA.

Get Your Kids to Love Coding | Computer Science & Kids

Behind the Screen: Kara Christensen

Get to know Kara Christensen, a Senior Instructor at Juni Learning who's currently pursuing her B.S. in Applied Mathematics at UCLA.