Coding for kids can be hard to navigate — especially when it comes to choosing a first coding language to learn. With so many different programming languages available, where should you start?

From teaching coding classes for kids ages 8-18, we’ve learned tips and tricks for choosing what language a child should start with. Read more about our top 5 recommended programming languages for kids, to help you decide which one is best for your student.

These visual programming languages offer drag-and-drop interfaces where your student can assemble their app using building blocks instead of text, similar to legos. Often, these interfaces even work right in your web browser!

Scratch, Snap, and Blockly are all examples of block-based coding languages. While Blockly is great for adults and as a real-world coding project tool, we recommend Scratch and Snap to kids for more intuitive and visually-engaging learning.

Scratch is an excellent way for kids in the 8-11 age group to start coding. It was developed in 2003 as an open-source project at MIT. 17 years later, Scratch is still one of the most popular block-based coding languages, and its online community has continued to grow — making any problem you run into readily answerable with online Scratch tutorials or a simple Google search. 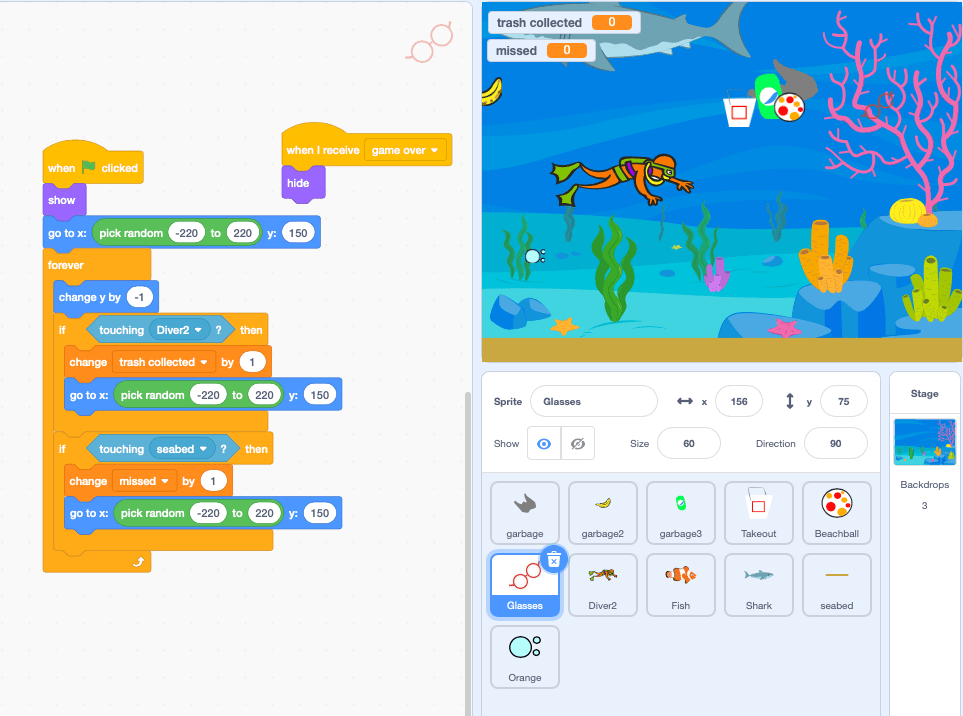 A fun game coded with Scratch blocks and characters!

Scratch coding’s popularity is largely thanks to how it allows kids to create interactive video games, animations, and creative stories with a large variety of background images and characters. Kids can jump right into creating fun and engaging coding projects, while also building life skills like creativity, storytelling, and logical thinking! That's why our two Scratch coding courses for kids focus on making games in Scratch to help kids have fun while learning basic coding.

Another advantage of Scratch is how readily accessible it is. You can use it in your web browser or it can be downloaded onto several devices. This includes Android (tablet only), macOS, Microsoft Windows, and ChromeOS. The only limitations are that it isn’t available as an app for iPad or Apple iOS or Android smartphones.

▶ Try it: How to Make a Game on Scratch: Step by Step for Beginners 8+

Snap is a variant of Scratch, developed by UC Berkeley. It was built to include some more advanced programming concepts, and thus acts as an excellent intermediate step if Scratch is too simple, but your student is not yet ready to advance beyond block-based coding. On top of that, Snap apps can be converted to JavaScript, Python, and other text-based coding languages – further simplifying the transition to these languages.

Because Snap is newer and less widely-used than Scratch, there is a significant disadvantage in terms of online resource availability. You can still find help with Snap, but it may take more effort than it would with Scratch.

Children that are in the 11+ age range are likely ready to start with a text-based coding language. Compared to block-based coding, text-based languages require that kids be more comfortable with a keyboard and have a better understanding of logical thinking and high-level arithmetic concepts.

For kids that are ready for them, text-based languages offer the ability to tackle a wider range of projects and gain a deeper understanding of computer science concepts. Text-based coding languages are also a natural next step for students already versed in block-based coding. 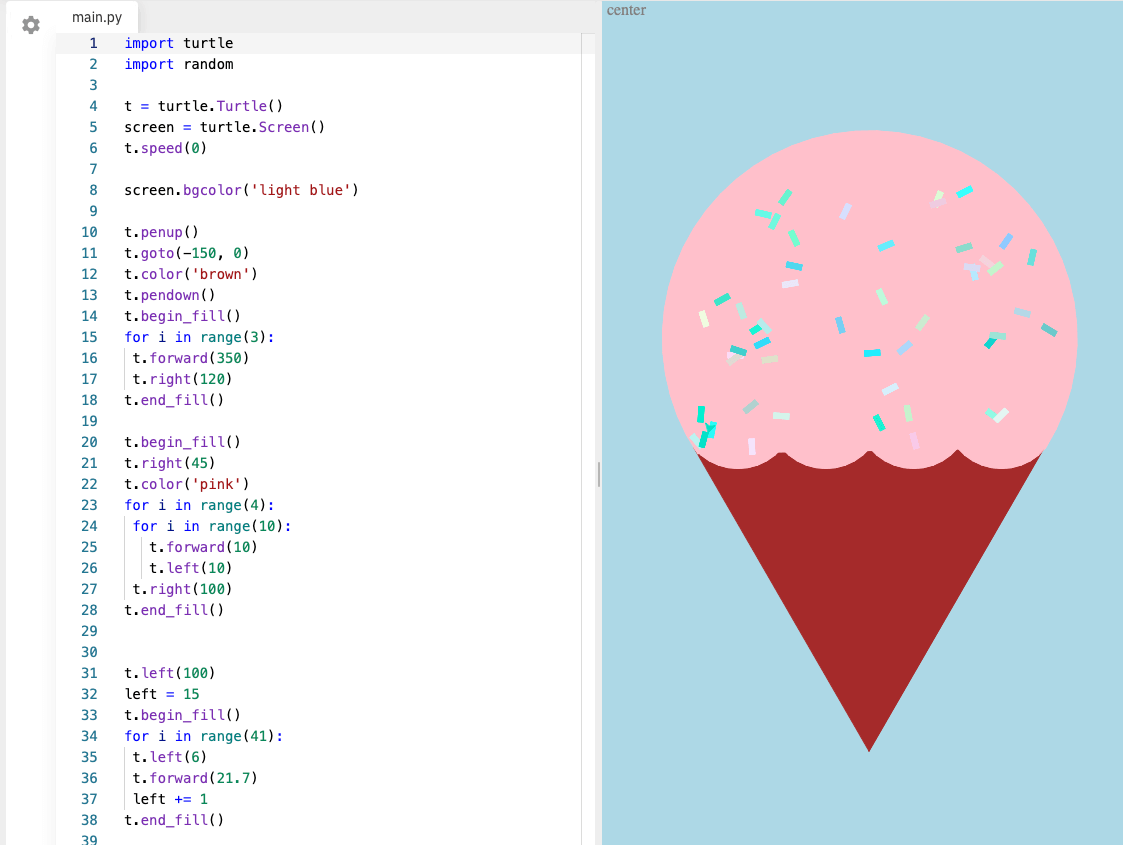 A text-based Python with Turtle project for designing an ice cream graphic animation.

When just starting out, Python does not require an understanding of data types, memory management, and other more difficult computer science topics — making it a great alternative to Java, C++, or other more advanced coding languages. Additionally, compared to most other coding languages, the syntax of Python code is intended to be more similar to English.

The Turtle library makes Python an even more powerful language for those graduating from block-based coding. We teach beginning coders ages 11+ Python with Turtle — a graphical library — because it provides a strong visual component that keeps students engaged, empowers them with artistic creativity, and makes the transition to text-based coding easy and fun.

▶ Try it: How to Make Fireworks in Python Turtle 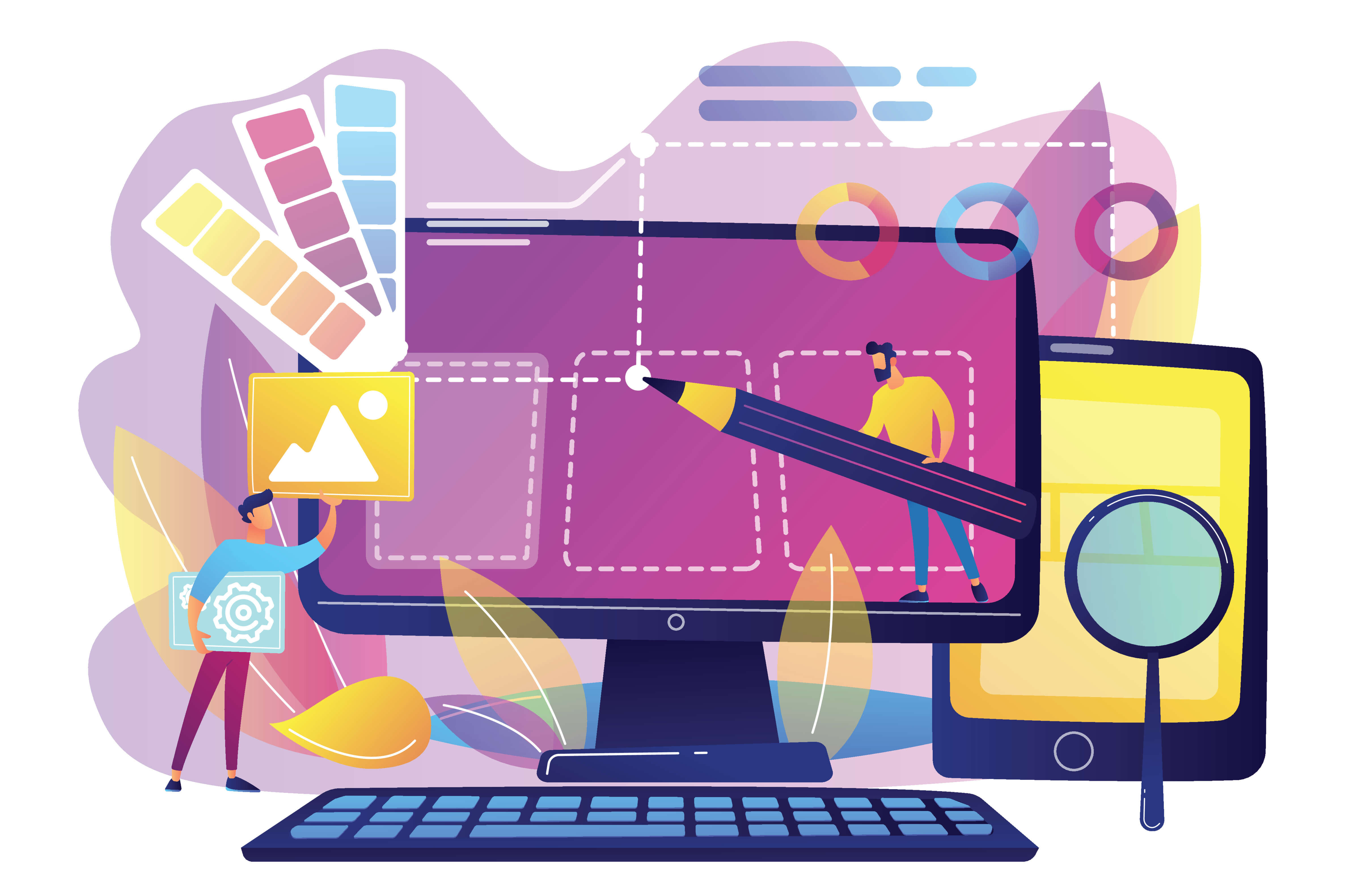 For children that have a strong interest in design, HTML and CSS may provide an exciting opportunity to get an early glimpse of web development and web applications.

HTML is the code that most web pages are written in, and defines how the information on a web page is structured. The CSS code then specifies how the web page looks: including colors, fonts, and other design aspects of the page!

Together, these languages give all the basic skills that you need to make a basic web page — making them perfect for students that enjoy art and creativity.

Another cornerstone of web development, JavaScript is typically used alongside HTML and CSS — defining how the website behaves and how users can interact with it. Although not quite as easy as Python, JavaScript’s syntax is still easier than most advanced coding languages.

As with HTML and CSS, this may be a good option for kids that show a strong interest in web applications.

As always, Juni Learning is here to help, regardless of what stage your student is at. Check out our coding for kids curriculum or speak with a Juni Advisor by calling (650) 263-4306 or emailing advisors@learnwithjuni.com to learn which coding languages and courses are best for your student.

Juni Learning is an award-winning online education platform that offers private, group, and self-study STEAM courses to students ages 7–18. We strive to empower students everywhere with passion, creativity, and excitement for hands-on learning.