The Growing Demand for Coding Skills

In 2013, the Bureau of Labor Statistics predicted that, by 2020, there will be 1.4 million programming-related jobs available and only 400,000 graduates with the coding skills required to fill those roles. Computer Science is an expanding field of study, highly relevant to various industries. For example, economists use the coding language R to analyze and understand financial data. The healthcare industry has seen the rise of wearable devices, like the Fitbit and Apple Watch, programmed to help their users track personal health data and improve overall wellness.

Programming has become an important skill across disciplines. However, while the number of schools offering Computer Science courses has increased, many districts still do not have ample resources or training to support these programs. As a result, many kids enter college without any context or, worse, with negative perceptions of what a job in a programming-related field can offer. Some may believe that what a Computer Science degree leads to is unattainable or boring, picturing programmers sitting at their desks for hours on end, typing code instead of interacting with others.

This impression can be a major barrier to kids interested in pursuing Computer Science. In reality, although it is a rigorous and scientific subject, Computer Science also requires creativity and collaboration in designing projects and developing algorithms. Careers in programming balance teamwork with technical challenges. Crucial components include identifying problems, designing solutions, and testing functionality, in teams rather than as solitary endeavors. Programming actually encourages a team-oriented approach that requires people to work cross-functionally across organizations like design, marketing, and customer success to best support their end users.

UI/UX designers focus on user interface (UI) and user experience (UX) design. These concepts are highly intertwined. They focus on designing the interface that a user interacts with to use apps or software, like Spotify or Instagram. They have to consider how to make the design simple and intuitive, and also unified with the company's branding. They use tools like Illustrator, Sketch, and Figma to create and collaborate on design mocks.

Many UI/UX designers are also well versed in languages for web development, like HTML, CSS, and Javascript. It is incredibly helpful when a UI/UX designer also understands how the interface would be implemented in code by a web developer, so they understand engineering constraints and can convey the necessary detail.

UI/UX designers must find a complementary balance between aesthetic appeal and usability. Something that's not visually pleasing to look at may detract from the viewer's attention and the company's branding. However, something that is difficult to use will also frustrate the user. At the same time, something that is too artistically complex may distract from the text or conveyed idea. These professionals have to communicate important facts and ideas in a way that attracts and retains user attention.

Generally, a Bachelor's Degree in Graphic Design or Computer Science is recommended to pursue this career path. Many professionals also recommend building a portfolio throughout college and early career to showcase past projects and outcomes.

Data Science is another exciting career path for those with a background in Computer Science. Data scientists essentially clean, analyze, and visualize large datasets. Data scientists are charged with finding patterns and insights in business data to recognize trends, inform decision making, and predict future outcomes. Often times, Data Science is linked to Machine Learning, which is used to model existing data and make predictions.

Data science is relevant to many fields and industries. For example, Southwest Airlines has used sensor data to improve the daily operational safety of its aircrafts. The IRS uncovered $10 billion worth of tax fraud using advanced data analytics and detection algorithms.

Generally, data scientists hold at least a Master's Degree in Computer Science or Data Science, so that employers can be assured candidates have the appropriate research and technical experience to dig through data, predict trends, and test theories, as well as the communication skills required to convey their findings.

In today's world, we rely on the internet for everything from online shopping to confidential company file transfers. With so much private information like our credit card numbers and healthcare data stored online, security engineers and security analysts are extremely important to protecting everyone's sensitive information. They protect computer networks and systems from security threats and attack. Thus, security engineers have many different responsibilities, such as installing preventative security protocols, monitoring for threats, and responding to potential attacks.

App developers need to be familiar with using particular development environments (commonly XCode for iOS and Android Studio for Android). They are also knowledgeable about the design guidelines and common UI components for each platform, in addition to the core APIs and services that they may need to use to implement functionality like notifications and location awareness.

Mobile app development is usually not a standalone major in college, but Computer Science departments are increasingly offering courses in this topic. There are also many other ways to learn iOS or Android development, ranging from online self-paced courses like Coursera to in-person bootcamps like General Assembly.

Of course, many computer scientists work simply with the title software engineer or software developer. Here is a sampling of the wide variety of work that happens in software development:

As you can imagine, all of these projects require collaboration across many people, many of whom may have a background in programming even if their titles are not software engineers. Some of these people may be in roles we've already mentioned, like UI/UX designers or data scientists. Others may be systems analysts, hardware engineers, database administrators, or project managers. Building software for many people to use is a complex and cross-functional effort!

The Promising Future of Computer Science

We've highlighted only some of the opportunities and job titles in programming-related fields here. At Juni, we believe computer science literacy will grow to be increasingly important across disciplines. Our private online coding classes provide a starting point for kids to get exposed to programming. Once they get started building their own projects and understanding the power of coding, many of our students tell us they now want to study Computer Science in college!

Juni Learning offers coding for for kids to teach computational thinking as well as analytical and problem solving skills. Take a look at our award-winning courses and curriculum, or speak with a Juni Advisor by calling (650) 263-4306 or emailing advisors@learnwithjuni.com. 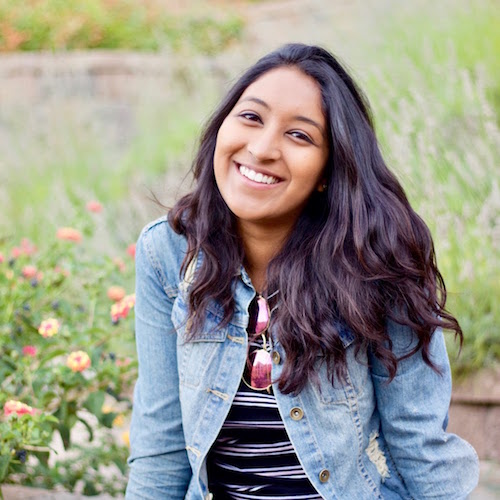 Suman Tripathy holds a B.S. in Electrical Engineering and Computer Science from UC Berkeley. Next fall, she will be moving to New York to pursue her Master's in Data Science. She is currently a Senior Instructor at Juni Learning. You can often find her camped out at Philz Coffee reading books and listening to music!

What is Python Used For? | Major Industries

Learn how Python is used everyday in the world around us. These industries and applications use Python to build innovative technology and solutions.

How to Get Into an Elite Computer Science School

We share insights on how to apply to an elite computer science school, along with profiles of students attending these top universities.

Explore the Role of Coding in Data Science & Analytics

Find out what data science is all about and discover the role coding plays in it. Discover more by reading this post today.